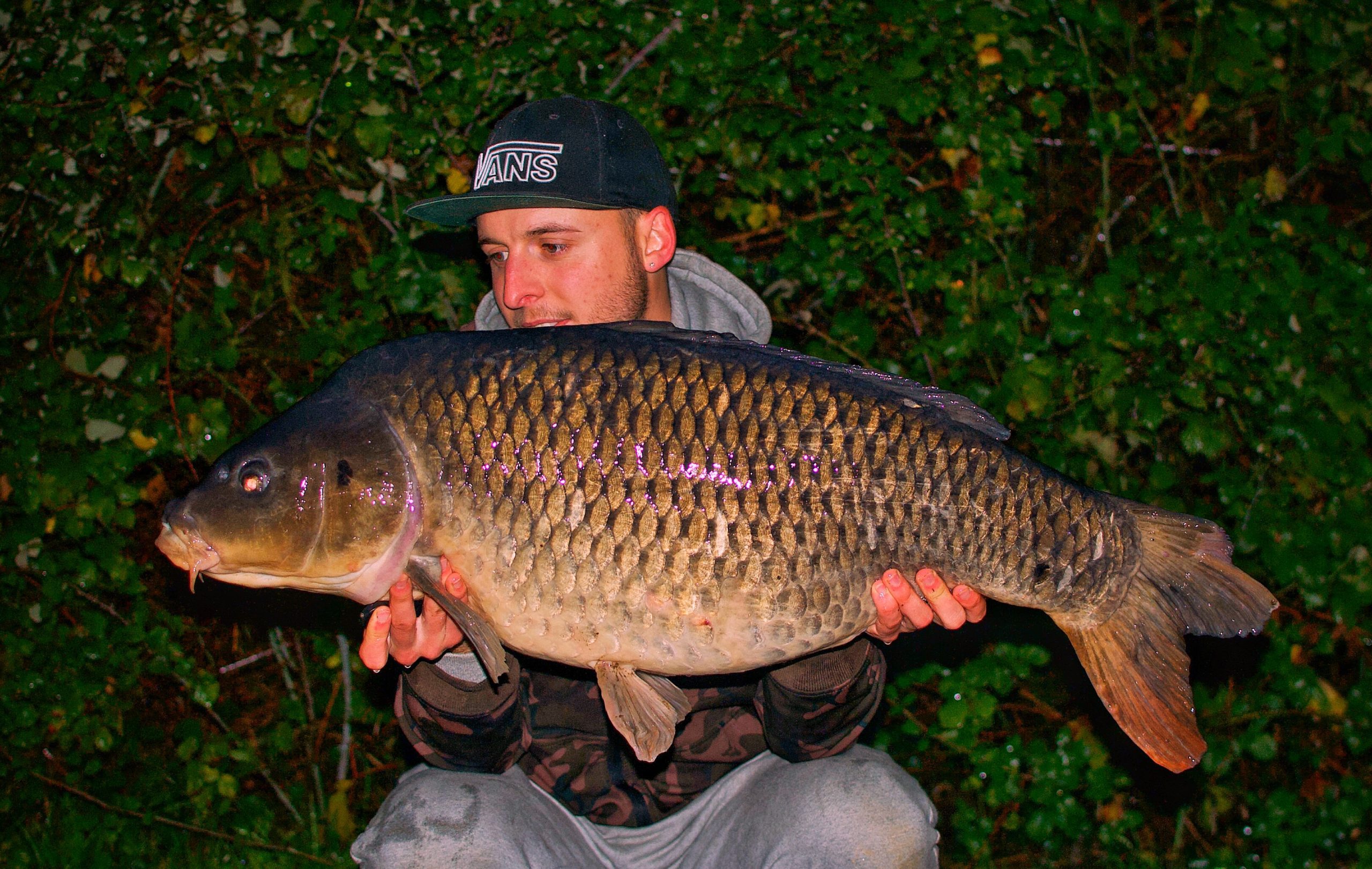 Jamie Avery is proof that if you are prepared to make the effort, the rewards are there to be had, even on short sessions.

The Colchester-based 26-year-old has been putting in the graft during work overnighters this autumn, picking off some lovely mirrors for his efforts, but on his latest session he eventually hit into one of the lake’s A-team residents, a 35lb common, giving him a new PB common in the process.

The weather was particularly miserable for this overnighter, but Jamie made the effort to spod out a tight bed of Secret 7 and got his reward when the fish snaffled his Secret 7 Half Tones pop-up.

Jamie added: “I have been putting a lot of effort on the lake recently, so it was nice to bag one of the A-team.”