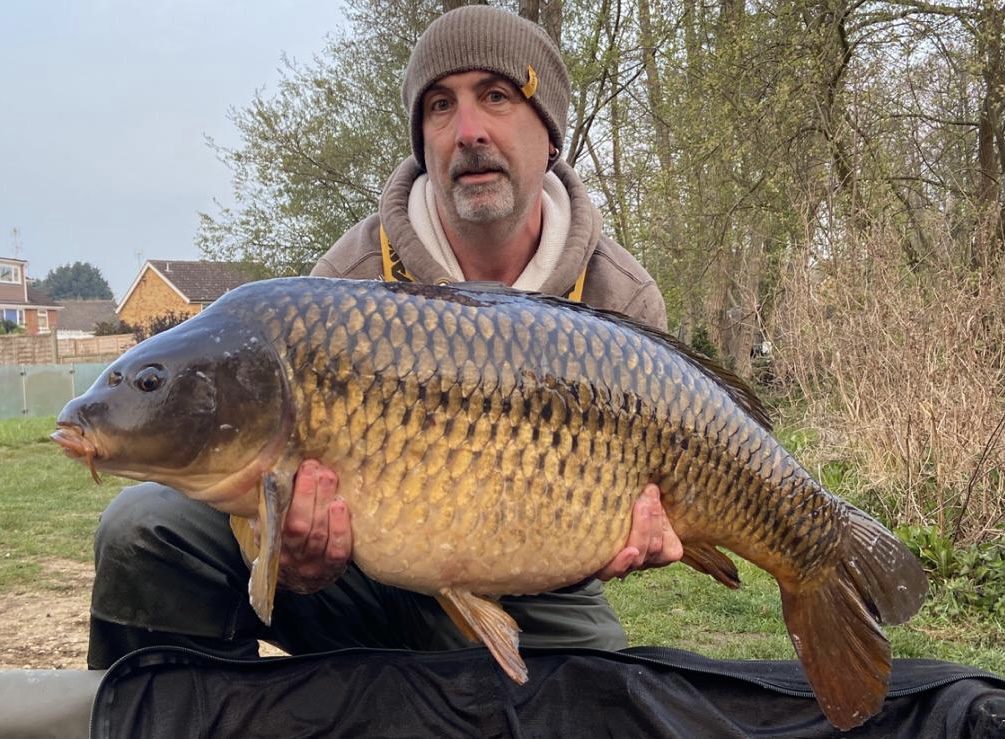 A return trip to Yateley South Lake saw Mark Nutt realise a goal of landing the largest fish in the lake!

Mark started using DNA a couple of years back and has enjoyed great success combining the Milky Malts with The Switch. However, he’d never taken DNA, or The Bug, to Farnham Angling Society’s South Lake, a venue where he’d caught the majority of the more coveted fish from in the past.

Mark said: “This year I thought I would start my campaign by returning to a lake I had not fished since using DNA Baits two years ago, Farnham Angling Society’s famous Yateley South Lake. I had caught most of the target fish in there, but the biggest carp in the lake, a monster of a fish known as the Big Common, had always managed to elude me.

“After arriving at the lake, I proceeded to bait up. I cast my left rod to a gravel bar eight wraps in front of me, using a 15mm Milky Malts pop-up on a spinner rig over a bed of 15mm Bug and Switch freebies. For my right-hand rod, I cast 12 wraps to an overhanging bush on an island to my right, again using The Bug and Switch freebies, but going for a 12mm Fruitylicious pop-up on this set-up.

“It was very quiet during the first day, with lots of fish showing, but no takers. Then at around 2am, my left-hand rod’s alarm went off and I managed to land a lovely looking 26lb mirror.

“I had not had a single bleep on my right-hand rod, but decided to stick with the Fruitylicious pop-up and persevere with its location, as I knew the Big Common had been caught from there in the past.

“The next day and night were very uneventful. Then at 6am, my right-hand rod screamed off! As soon as I struck into the fish, I knew it was a good size; there was no bullying this one! After a great fight, I finally got it in the landing net and saw for the first time how big it really was. It wasn’t until it was in the cradle that I realised I had caught the Big Common, and at 38lb 7oz, it was a new PB for me.”