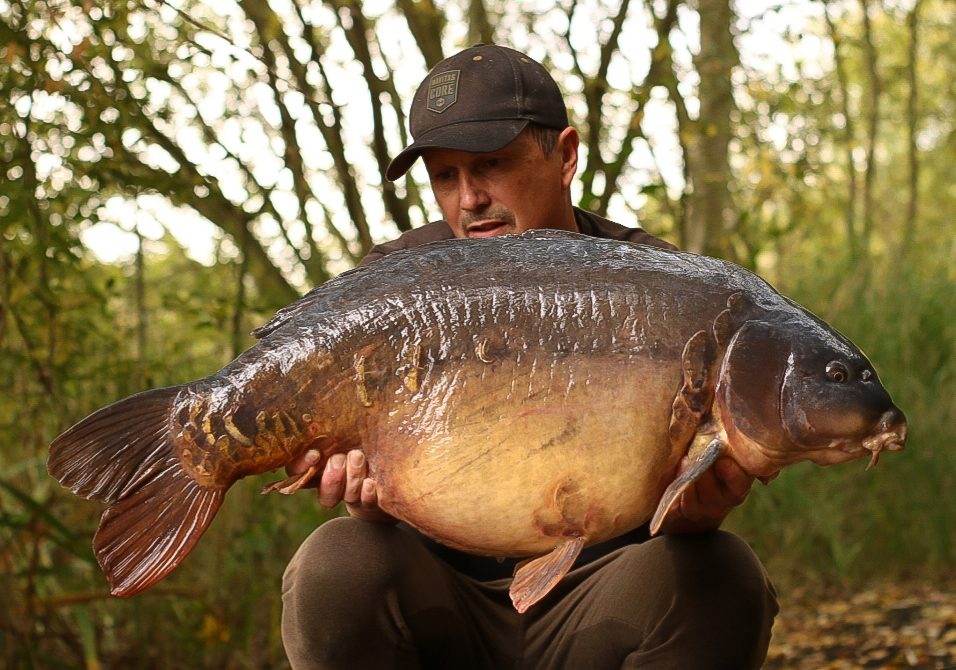 Steve Haylett’s run of big fish on Monks Pits is showing no signs of abating, as he added yet another 40-pounder to his tally on his latest visit to the Cambridgeshire syndicate venue.

Despite getting off to a slow start, Steve ended his session with three fish in total, comprising two twenties and the session-topping 40lb 9oz mirror, which had clearly been feasting on Steve’s bed of Secret 7.

“I’m not a fan of the time around a full moon,” admitted Steve, “as I rarely catch at night with a bright moon and clear skies!

“Anyway, the swim I chose was off the back of the wind and I knew day bites were possible. I had seen fish and was pretty much able to fish spots from other sessions.

“The session started pretty slowly, to be honest; I was left scratching my head and thinking this could be my first blank of the year, as I just wasn’t feeling it! Then out of nowhere, late on day two, the middle rod was away with a 27lb mirror, which was more than welcome.

“I was baiting up with my go-to mix of mixed-sized Secret 7 boilies, crumb, Crayfish Maxi Mix pellets and a combination of S7 Liquid Food, S7 Hydro Spod Syrup and Molasses.

“The next morning, my wake-up alarm was a 21lb mirror which, like the 27lb mirror, came to a 15mm S7 bottom bait tipped with a PB pop-up.

“My next bite was to be my last of the session, but what a result, as it was another Monks Pit forty to add to my tally. Straight away I could see my retainer covered in digested S7! Weighing in at 40lb 9oz, it clearly loved the bait!

“I’m fortunate to have caught some cracking fish from Monks this year; lady luck has certainly been on my side. Long may it continue, I say!”