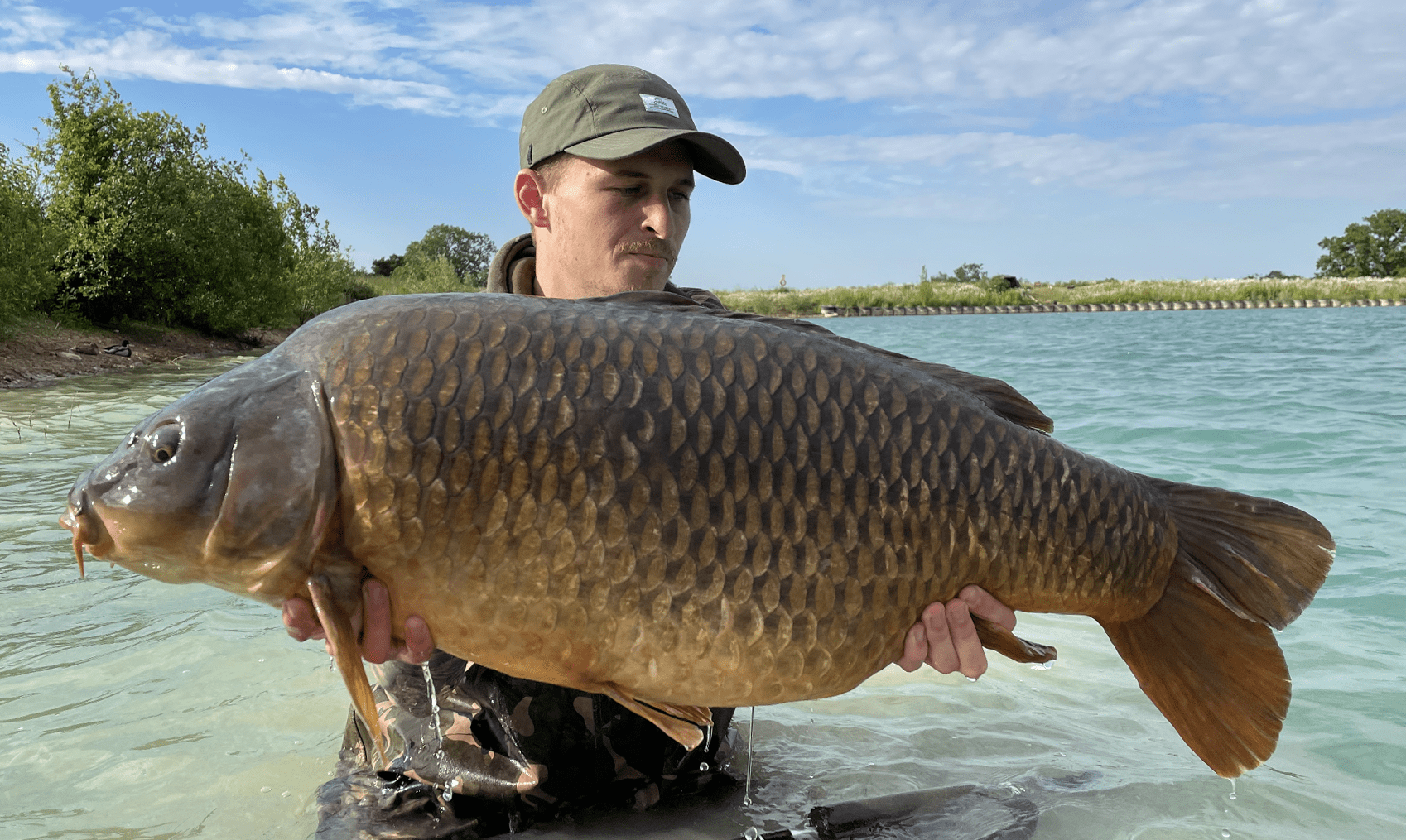 The 23-year-old, who had held the same PB since he was 13, completed a five-fish catch on the Essex day-ticket venue with the colossal common, after having also landed two thirties to 31lb 5oz, an upper twenty and an upper double.

“When I turned up at the lake, a few of the anglers were leaving, so I jumped in a peg I knew tended to hold a lot of fish,” said Ronnie.

“The first day and night were fairly quiet. The next day I saw a few boshing at about 20-25 wrap, so I got three rods out there as soon as I could. Not long after my middle rod was away with a 31lb 5oz fully scaled mirror. Not long after doing the pics and putting the fish back, I had another take on my left-hand rod, producing another thirty at 30lb 8oz.

“After the action it died off until the next day, when at around 8am I had a take from a nice 28lb mirror. Then shortly after I had a 18lb mirror, before it all quiet once until 4 o’clock the next morning, when I had an absolute screamer, only for the fish to come off!

“I then waited all day and the showing started again; they were all over me and I knew it was game time! The middle rod, over which I had baited heavily with hemp, absolutely melted off a short while later. After a good scrap in the marginal weed, with the fish hugging bottom the whole way in, I was in shock when I saw the fish hit the net. It was a common known as Patch at 45lb 1oz, absolutely smashing my UK PB to bits!”

All Ronnie’s fish were caught on Pink Peril pop-ups on hinged stiff rigs, fished over particles or pellets.