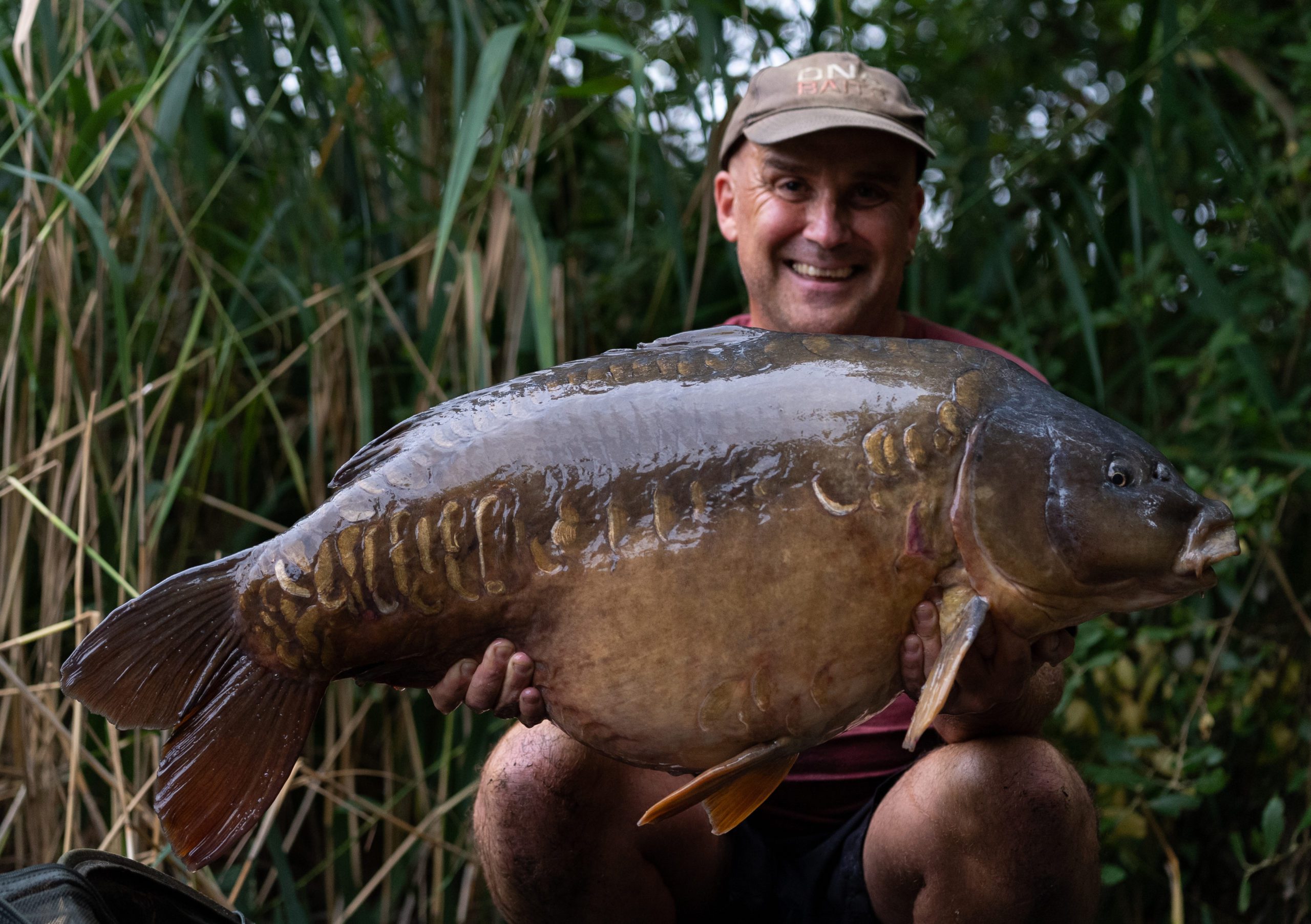 The man, the myth, the legend, Perry Alabaster has reached a new milestone by landing his 50th different UK 40-pounder.

Perry has been within one forty of the milestone since February, having struggled to get amongst any of Monks Pit’s larger residents since then, but his persistence paid off this week with the capture of the highly sought-after Henry at 44lb 8oz.

“Since catching my last Monks Pit forty back in February, I’ve struggled to get amongst the lake’s real big ’uns this year,” admitted Perry.

“Last season, I spent most of my first year back on the syndicate fishing the shallower, weedier swims, but it doesn’t matter how used to fishing in weed you get, it’s nice to have a break from the stuff sometimes, so this year I’ve concentrated more on some of the deeper, less-weedy swims.

“The lake was still busy with the weekend anglers packing up as I arrived on Sunday, but I managed to get into a swim I’d had a couple from last week. I went in with my usual Secret 7 approach, fishing S7 Hard Hooker hookbaits over beds of S7 chops, mixed-sized S7 freebies and Crayfish Maxi Mix pellets, and the action began within 15 minutes of getting the rods out.

“I’d had a couple of doubles and several twenties, including some cracking-looking scaly mirrors in the first 24 hours, but when I hooked something late Monday afternoon that stayed deep and didn’t shake its head like mad, I knew it was probably a big one. After a slightly knee-trembling but enjoyable scrap with the carp under my rod tips in the deep margin, I eventually netted a carp that’s been well up there on my wish list since I photographed it for someone last year.

“The fish, known as Henry, went 44lb 8oz up on the scales and marked a nice personal milestone for me, as it’s my 50th different UK forty.” 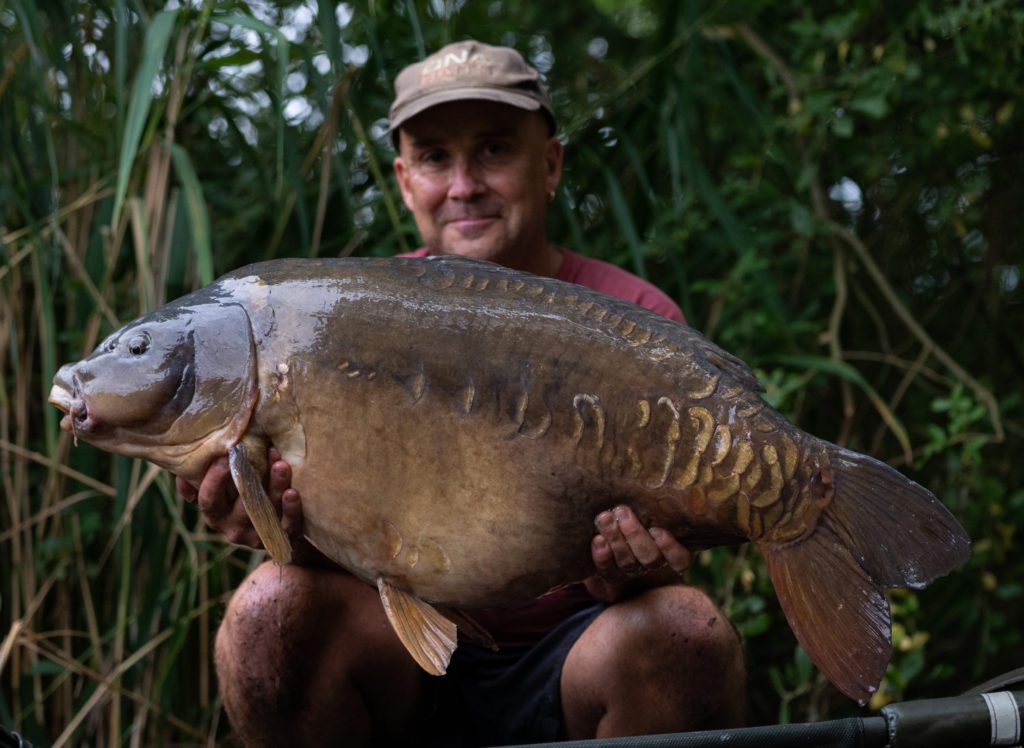