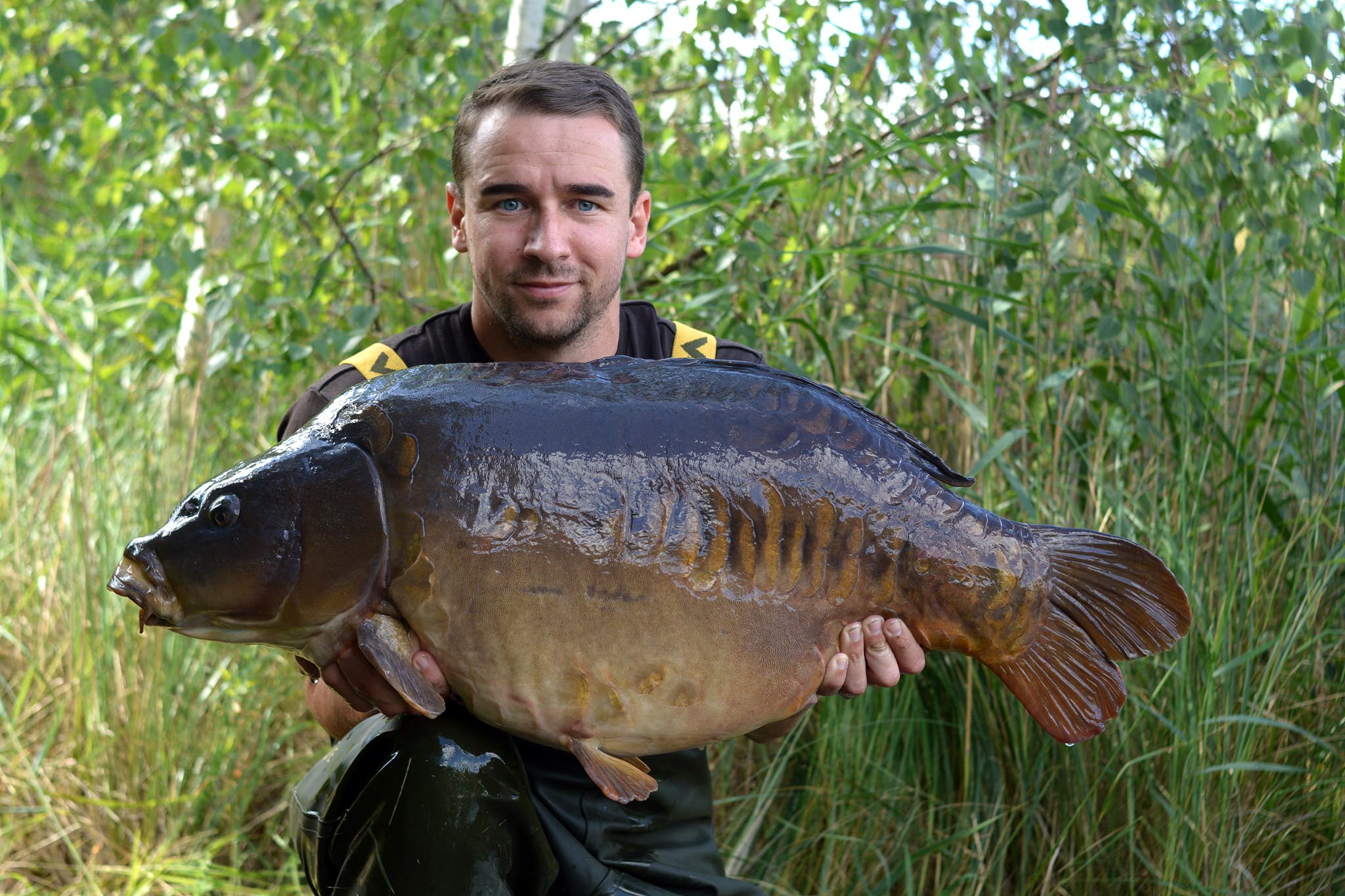 DAN OVER THE MOON WITH CRATER CAPTURE

Dan Partridge ticked off one of his main targets from Northey Park in the form of the magnificent thick-set mirror known as Crater, tipping the scales at 38lb 12oz.

“I arrived at the lake to find only one other person down the other end,” said Dan.

“After a quick lap, I’d found a group of good fish in a corner, so decided to set up where I could get the best access to them. When they started sheeting up on the spot after 15 minutes of putting the rod out, I knew a bite was on the cards. Five minutes later the rod was away! After a mental battle, I managed to slip the net under one of my main targets, Crater.

“I was absolutely buzzing to get my hands on this fish, especially after seeing it in the area and having it feeding no more than a couple of inches from my hookbait before being disturbed by another fish the week before!”

Dan’s ever-trusted Secret 7 Corker wafters fished amongst a small parcel of S7 goodness did the damage.