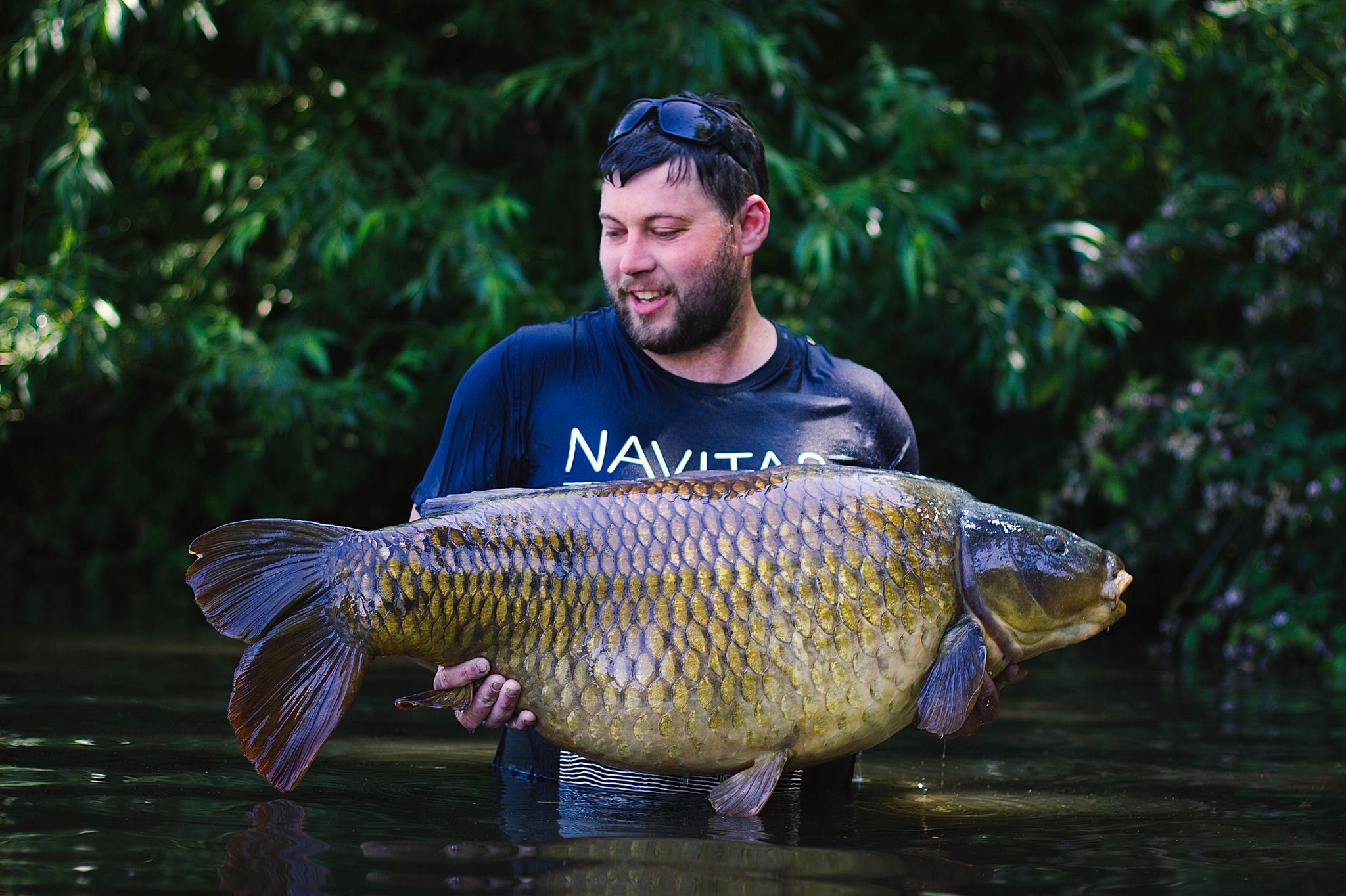 Jack Lee fished to the conditions and got his reward with a massive new personal best of 55lb 10oz during a session on Waterside Fishery in Chesham.

With the conditions more suited to sunbathing than fishing, Jack had to adapt his approach to try and intercept fish swimming just below the surface. Sticking a trimmed-down Bug Corker pop-up on an adjustable zig in the path of a group of fish, Jack didn’t have long to wait before the biggest fish in the lake, the Big Common, had snaffled his hookbait!

The 27-year-old said: “Having come out fourth in the draw, I chose a swim called the Boards, giving me good access to the dam end of the lake. After watching for most of the first day, there was a pod of fish moving up and down the dam, so I pulled out the stalking and floater rods to see if I could nick a quick bite to break the ice. After a bit of time, I realised this wasn’t going to be the case and that another tactic was going to have to be used!

“I decided to place my usual rigs and tactics on spots I had found previously and settled in for the night, ready to intercept them when they returned the following afternoon. By 10am the next day, I had tied up two adjustable zigs with the intention to place one at the far end and one around halfway. With help from Ollie Goodhew, I stood on the dam wall and got him to wind them down so they just kissed the surface.

“Once back in the swim, only a minute or so after the rod going out, the bobbin pulled up tight! After a short but exciting battle, I slipped the net under my new UK personal best of 55lb 10oz, an absolutely stunning common!

“Thank you to the whole group of boys on the social for sharing such a great memory and experience for me.” 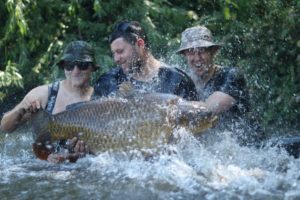