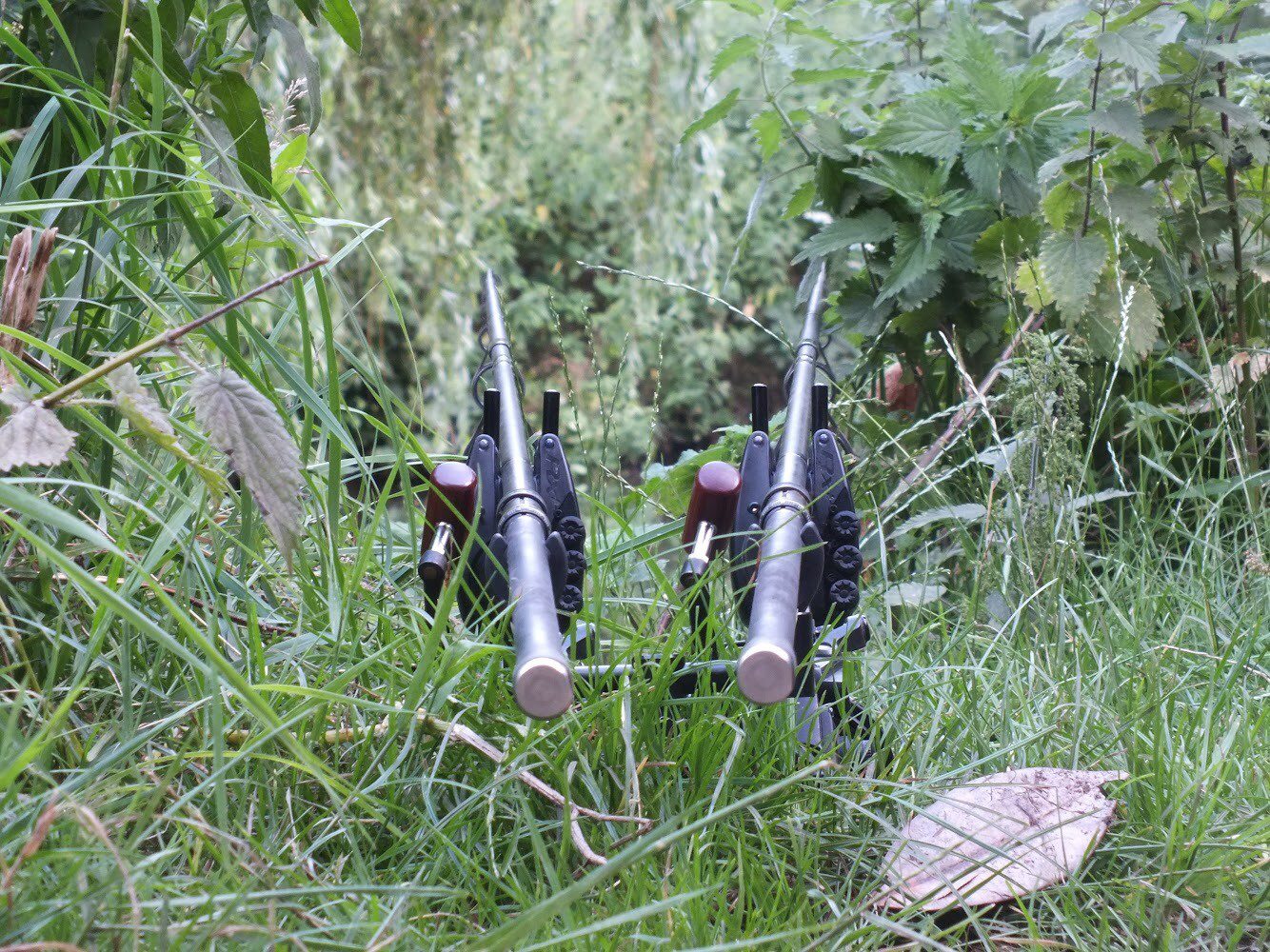 Whilst working away recently, I was told of a couple of carp coming off a stretch of the River Wye near where I was working, and because I had never had the privilege of catching a river carp before, I thought I’d have a little wonder down and get a feel for the place.

On my first walk up the stretch, I found a low draping willow that absolutely screamed fish, so I went about my business, lightly baiting it with some corn and Crayfish Mini Mix that evening. When I returned the following evening to fish the spot, I decided to go in with a solid bag of Crayfish Mini Mix and an S7 Half Tones pop-up as hookbait. This tactic didn’t take long to work, as I was soon into a double-figure common, my first-ever river carp. Though not a massive fish, I was absolutely buzzing to have tempted one from the river, something I had wanted to achieve for a long while. 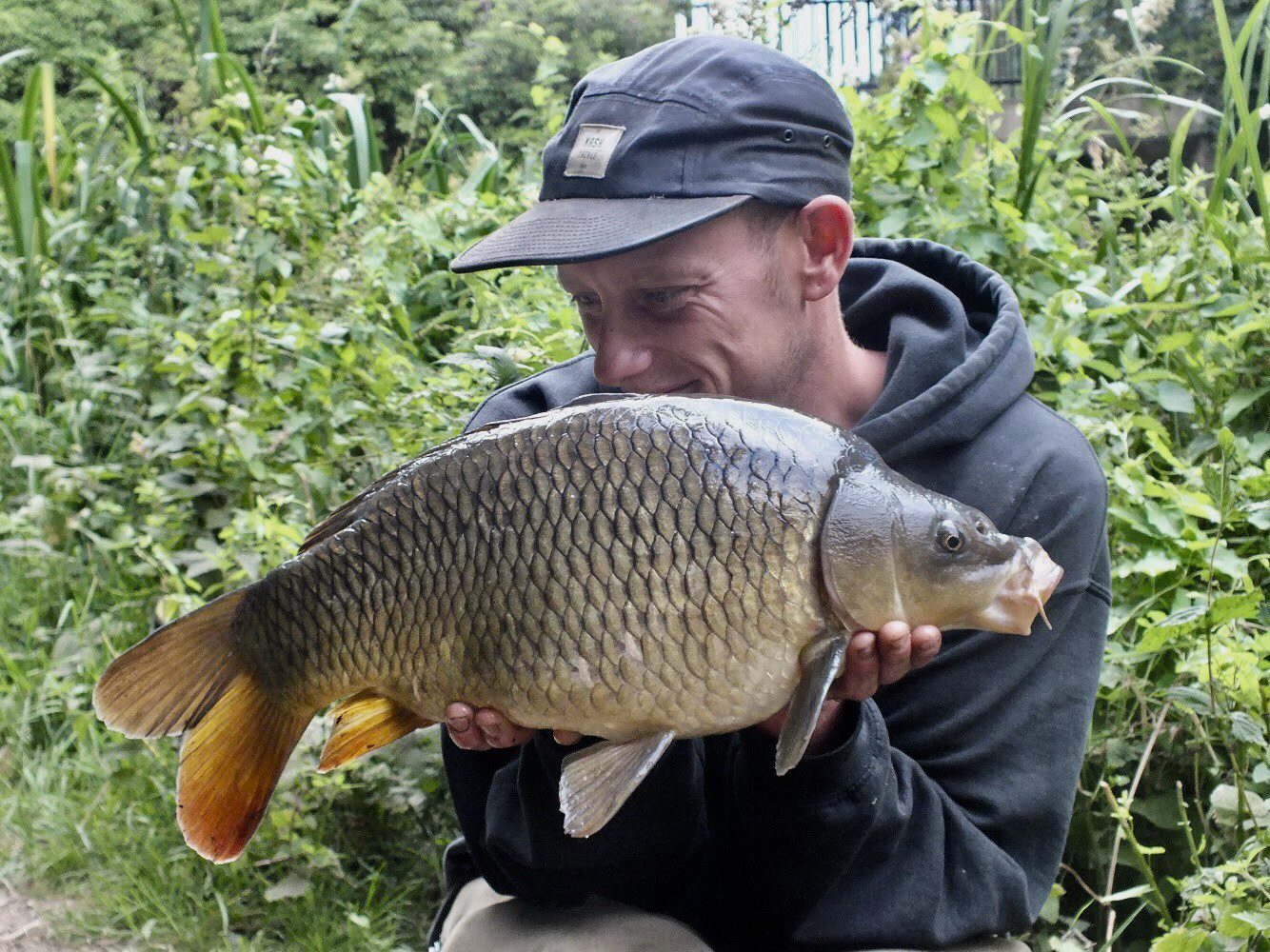 Nothing massive, but my first river carp

I returned to the spot the next evening, but nothing materialised, so I got my walking boots on and went for another walk along the river to see if I could spot some carp or find another likely looking spot. I found another spot under a low bridge after seeing fish feeding, so like before, I lightly baited the spot and did the same the following evening. Unfortunately, another blank ensued, but before leaving for work the next morning, I baited up the spot again, as I knew carp would frequent the spot at some point. 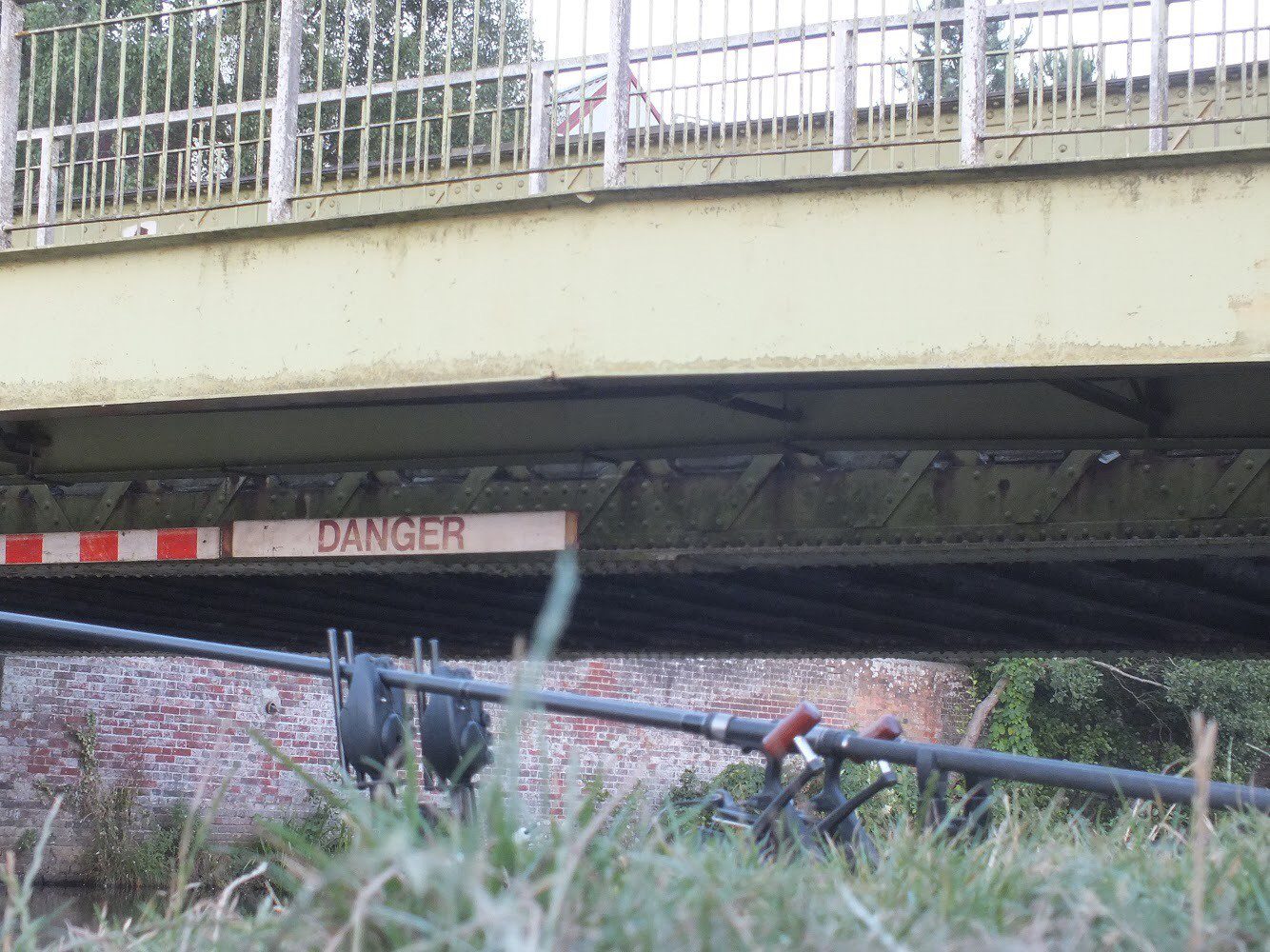 The spot under the low bridge

After work that, I headed straight to my original spot where I’d caught the common, wondering if the fish had moved upstream, but the swim was dead, so I headed straight for the bridge spot. When I arrived, the water was bubbling up like a Jacuzzi, with fish clearly feeding on the bait I’d introduced that morning. I got the rods set up as quickly as possible, tying up two solid bags filled with Crayfish Mini Mix and white S7 Half Tones pop-ups. To my surprise, the evening passed without a single bleep. By darkness, I didn’t know what to do, so I just left both rods on the spot, hoping the fish would show up again in the morning and I’d get a bite.

At some time around 3 o’clock in the morning, my right-hand rod went into meltdown and before long a small but very pretty fully scaled mirror slid over the lip of the net. I was over the moon, as it was my second carp from the river and I had needed to work very hard for it!

Just as it had started to get light, at approximately 4.30am, I was awoken by a jogger running along the footpath. Just as I was drifting back off to sleep, the right-hand rod started screaming again I struck into what felt like a very big barbel. The fish was ripping line off the spool and my heart was racing. I slowly started to regain some line as the fish began to tire, before it appeared on the surface just under the bridge. I could tell from its wide, black head that it was no barbel and was actually a decent carp. A few minutes later, after a savage fight, a long, lean 21lb mirror slid into my waiting landing net.

I couldn’t believe my luck, as not only had I broken my river duck, but I had also landed my first river twenty. Thank you to the Wye; I hope to be back for another go in the future. 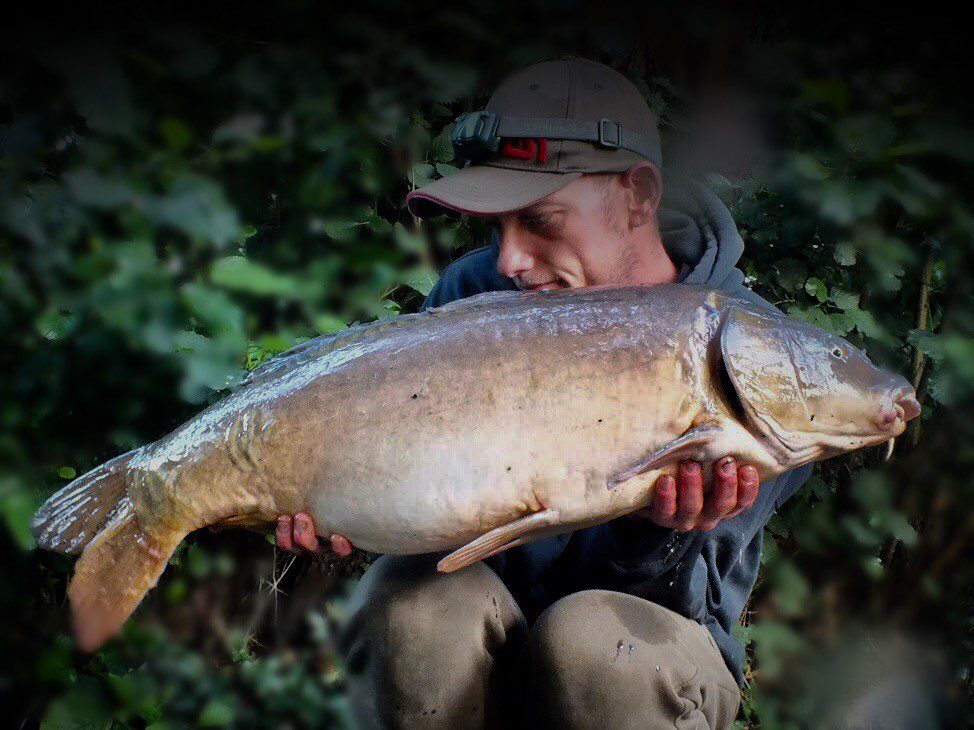 21lb of Wye mirror carp, falling to a white S7 Half Tones pop-up