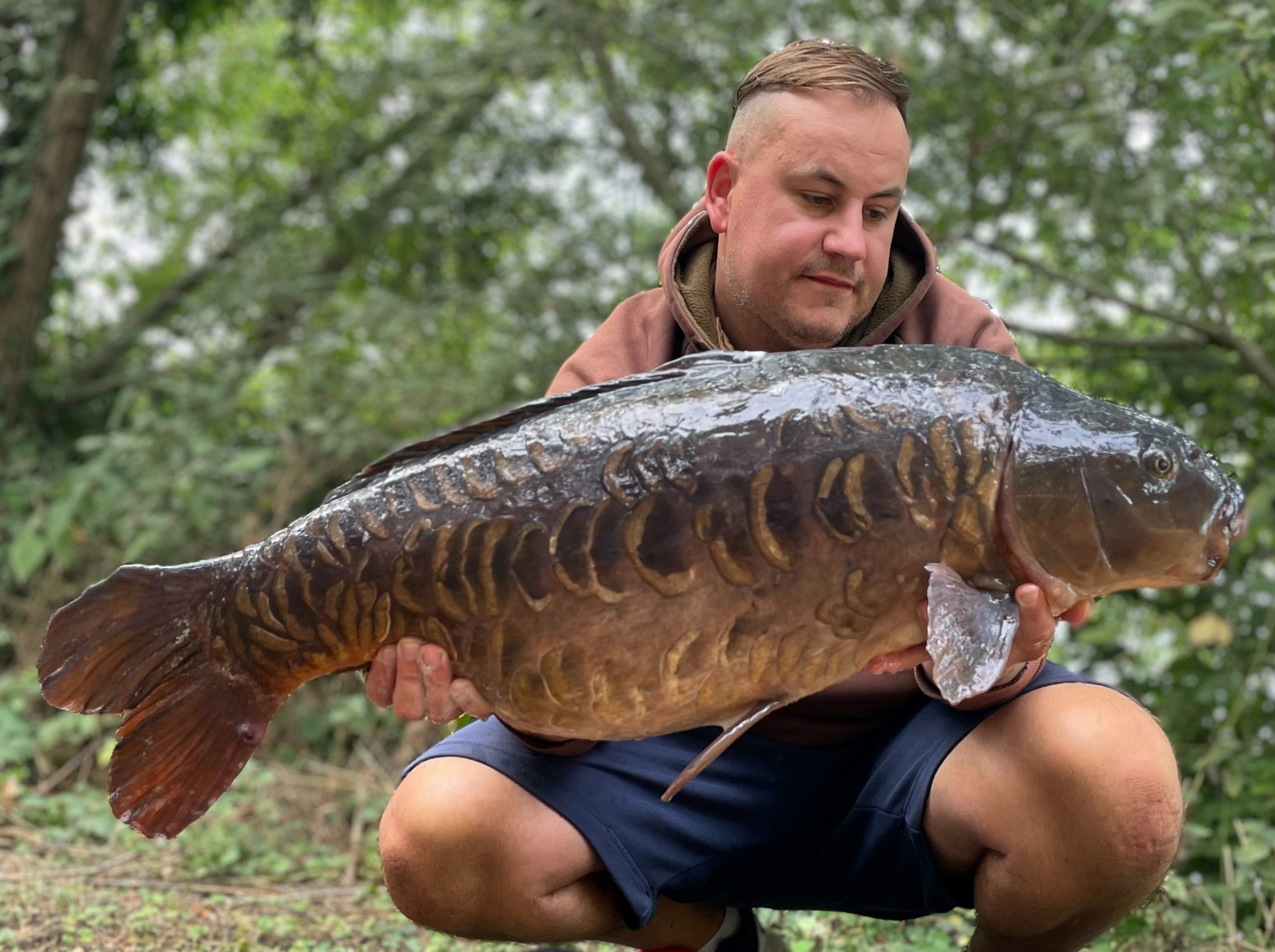 Andrew Murphy quickly recovered from a lost fish to tempt a stunning old original from his syndicate water, a cracking mirror that tipped the scales a little over the 30lb mark.

“I headed down on my syndicate lake for a 24-hour social with a few mates, but unfortunately when I arrived the lake was very busy,” said Andrew.

“I dropped in an unfavourable swim for the night knowing there were a few guys leaving in the morning, but nothing really happened during the night except for few bream. When morning came, I had my chance to try get on them, so dropped in a swim and managed to find few shallower bars at 80 yards. I loaded my two spots tight with 10 Spombs of The Bug and didn’t take long for my first take, but unfortunately this resulted in a loss.

“Another 10 Spombs of The Bug went out there and within 45 minutes the rod was away again, resulting in the fish weeding me up for 10 minutes. Applying steady pressure, I managed to get the fish out the weed and a few minutes later it was mine, and what a fish, a dark, scaly, old original spinning the scales round to a tad over 30lb!”

Andrew received the bite on a Bug pop-up that he had pre-soaked in Bug Bait Soak, which he fished over his bed of mixed-sized Bug freebies.