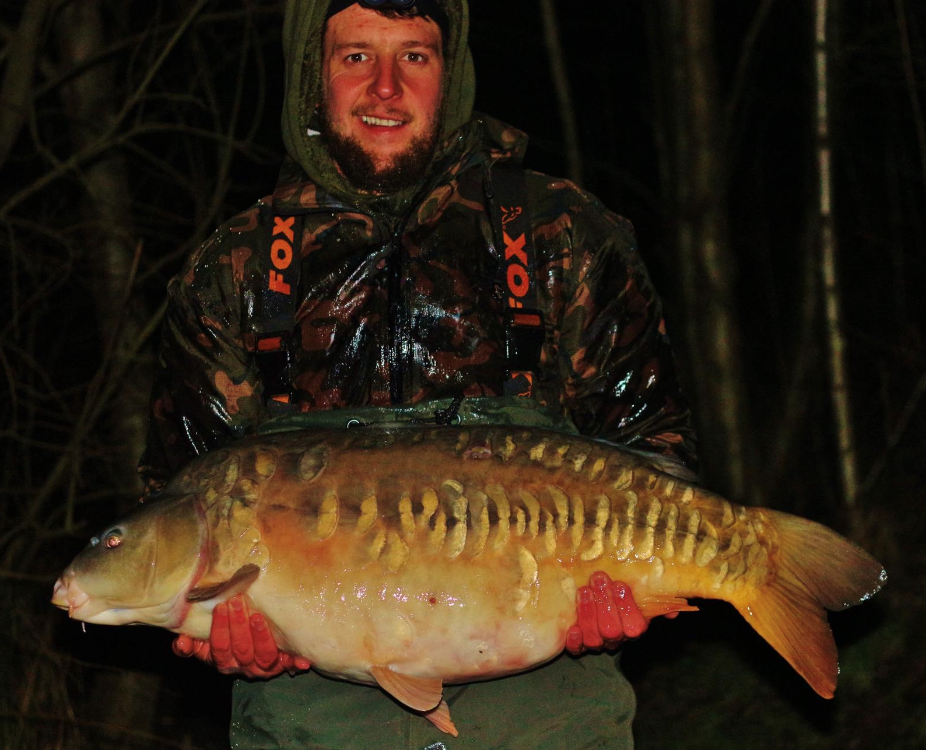 PB SMASHED WITH BIGGEST IN THE LAKE!

It was just meant to be for Martyn Knapman during a recent session, after he managed to break his personal best with the biggest fish in the lake when 24 hours before he didn’t know whether he would be going fishing or not!

Martyn made the last-minute call to fish Islands Carp Fishery in Wiltshire after looking for somewhere to fish on the Friday night, and what it decision it turned out to be, resulting in the capture of the lake’s largest resident, a scaly mirror known as Shelby at a PB-busting 34lb 10oz.

“After finishing work on Friday, I was unsure whether to get the rods out or even where to go,” admitted Martyn.

“Later that night I came across Islands Fishery, which I fished once before in peg three and lost my only take. Peg three was available, so I decided to book on.

“Arriving at the lake the next morning to frost on the ground, I knew the weather was due to change to heavy rain and warmer temperatures. After seeing nothing all day around the lake, I decided to spice up my solid bag with something different. Using a Pink Peril wafter at the business end, I first introduced some Milk E+ into the bag to protect the hook point, then some Crayfish Mini Mix pellets. After packing it all tight, I introduced a few drops of the Bug Intense Booster. I cast this tight to the island and then baited with a few 15mm Bug and Secret 7 boilies over the top.

“It went out just before dark and at around 9pm I had a slow take, followed by an almighty battle under the rod tip, tangling up both my other rods. Finally, after about 10-15 minutes, the fish went into the net and it looked big!

“Into the retainer it went until I got sorted for weighing and photos. I weighed the fish at 34lb 10oz with the help of the lad next door and learned it was the biggest fish in the lake, named Shelby, and a brand-new personal for me!” 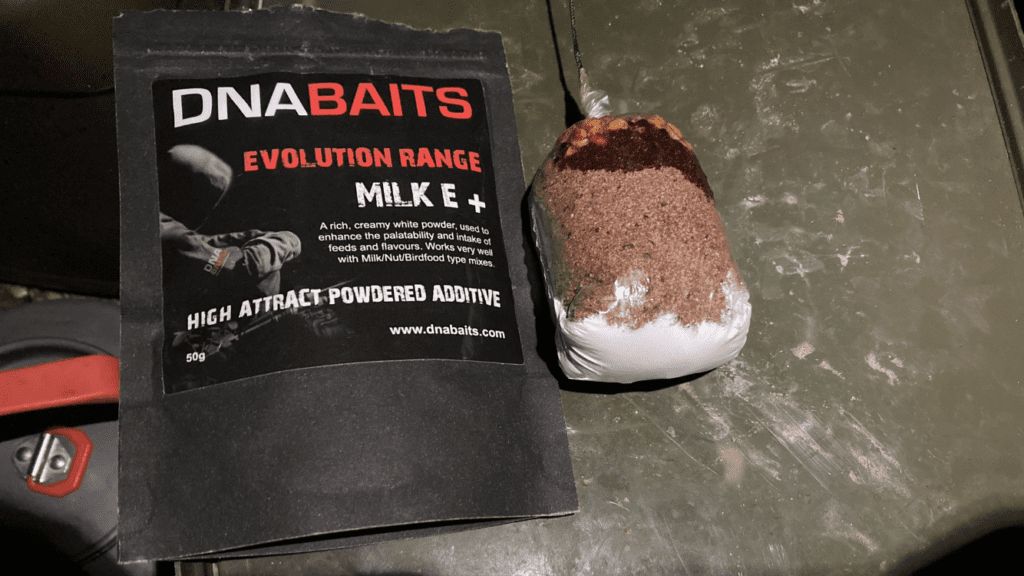