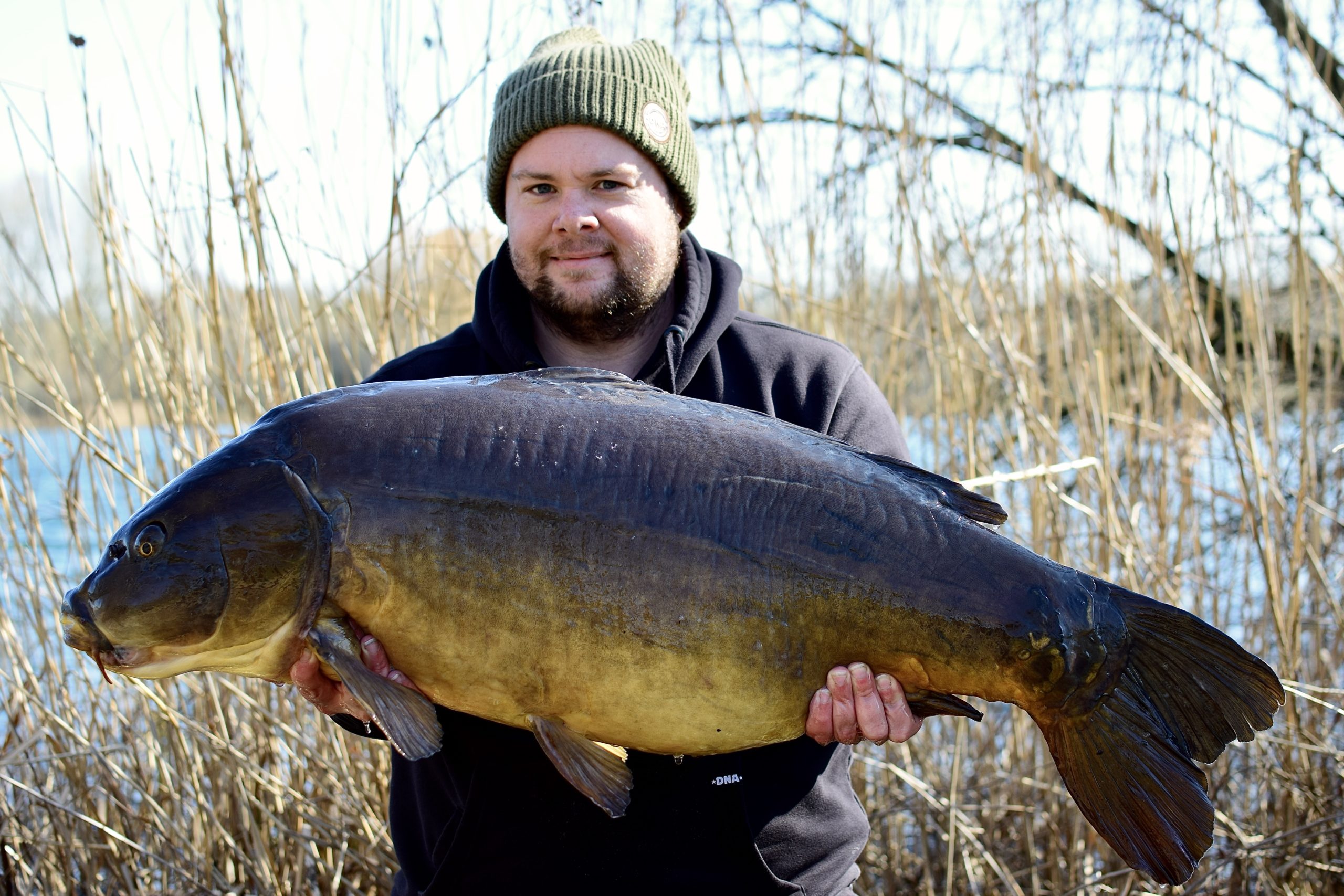 HAUL OF THE YEAR SO FAR?

If you ever needed any further proof that the fish are waking up, this is it!

Belfast carper Aaron Mcilwaine visited the Linear Fisheries complex for a session on one of the Guys syndicate waters. Opting for Unity Lake, Aaron would go on to record an incredible 32-fish haul from 34 bites, a catch that included the lake’s Big Mirror at 40lb 12oz and a raft of thirties, with just two of his 32 fish weighing below the 20lb mark.

Aaron takes up the story: “Initially I walked around Gaunts Lake, but after seeing nothing to go on from the swims available, I headed for Unity. I settled in a swim where I’d noticed a lot of birdlife and, after watching for a short while, the birds soon gave it away that there were carp in area.

“After having a lead about, it soon became apparent there was plenty of weed about, although I soon found a couple of clear areas up against the weedbeds to present my rigs and free offerings.

“I decided to go in with solid-bag tactics, using the Crayfish Mini Mix pellets with either The Bug Half Tones or PB wafters as my hookbaits. Not to forget, a few spods of 12mm Bug loaded in Bug Liquid Food, a little bit of hemp, a scattering of corn through the mix and lashings of Bug Hydro Spod Syrup.

“It was just into dark when I received my first bite, which came from a lovely mid-double, followed shortly after by a low twenty. The night passed with no more activity, but after a few spods to top the area up at first light, I started to receive liners and the bites soon followed. Little did I know what was to come!

“Keeping the bait going in on a little-and-often basis resulted with me having 34 takes, landing 32 fish, including a 30lb 7oz common, a 31lb 5oz mirror and Unity’s Big Mirror at 40lb 12oz! Admittedly, this was a recapture but at a heavier weight, making it my second UK forty.

“The Bug really is something special.” 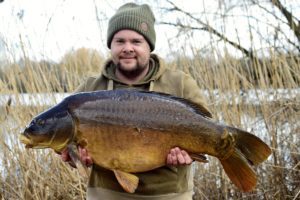 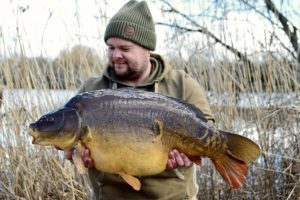 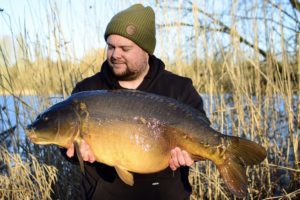 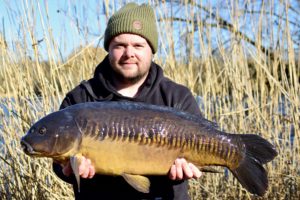 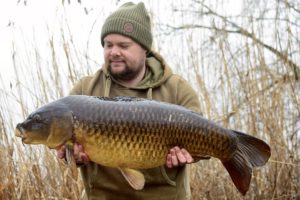 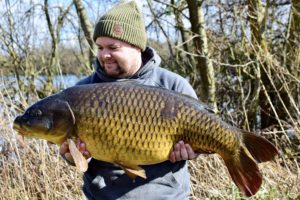