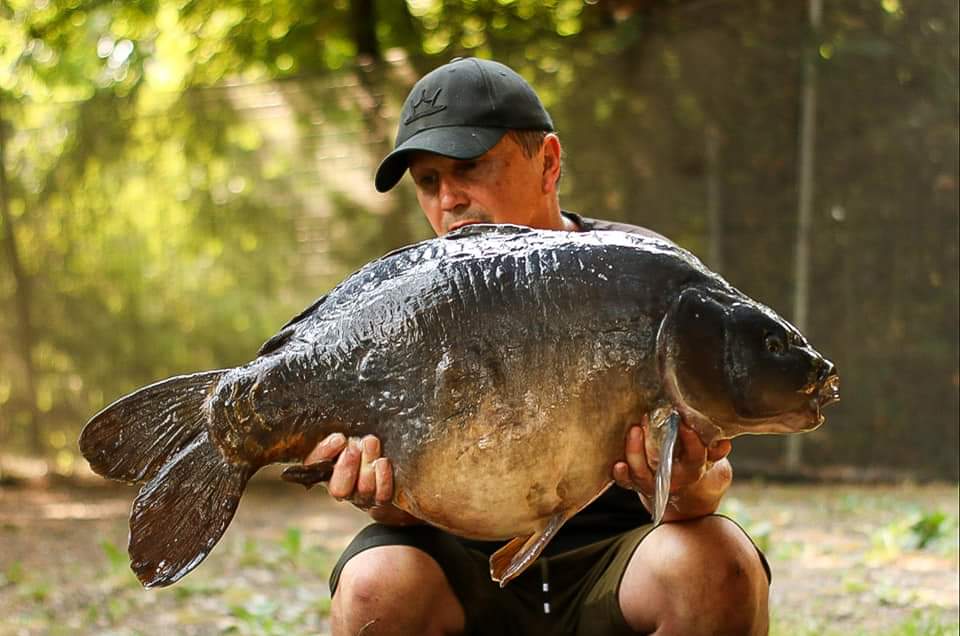 HEAT-WAVE TRIO ON RETURN TO MONKS!

Steve Haylett braved the intense heat at the start of the week to make his return to Monks Pit and, despite not expecting to catch in such extreme temperatures, was rewarded with a trio fish to 37lb 10oz!

“Having not been fishing since my last session on my syndicate before it closed for spawning, I was so eager to get back, but with crazy temperatures forecast, I questioned if it was even worth it,” admitted Steve.

“I set out very early so could at least set up in the cooler temperatures. My first-choice swim had just gone prior to my arrival. My second-choice swim was in and around the kelp weed, but would they get their heads down and feed?

“I put out seven Midi Spombs and pretty much went with what has been doing well for me this year: match-the-hatch Secret 7 Corker wafters, Crayfish Maxi Mix, Crayfish Mini Mix pellets and different-sized S7 boilies soaked in S7 Liquid Food.

“Twenty-four hours came and went with only a tench to my name. I just sensed I had got the tactics wrong! I changed my baiting to a kilo of S7 crumb, a handful of small broken-up S7 boilies and various pellets, all soaked in Molasses liquid. Then on Spombing, I added the matching S7 Hydro Spod Syrup. I put three Spombs over each of the spots, with Pink Perils wafters on the rigs. The idea behind the tactics was high attraction, a small amount of food and my high-viz hookbait standing out ready to be taken.

“At 3.45am, one of the rods bent, but I lost it in the kelp weed. Forty minutes later, after a good fight, in my net went a beautiful scaly mirror at just over 27lb. My aim was to top up with two Spombs after every fish. 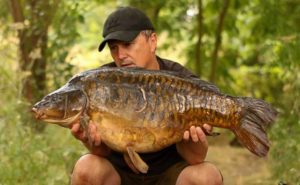 “It wasn’t too long before a new spot I’d found when out in the boat was off! I went out, brought the fish up to the surface and first time netted a dark old brute of a mirror going 37lb 10oz.

“After that fish I caught a rudd and two tench! A few hours later, my banker rod was away with a nice dark 28-pounder on the end, which rounded off the session. In all honesty, I never thought I’d catch in such heat, so I went home tanned and very happy.” 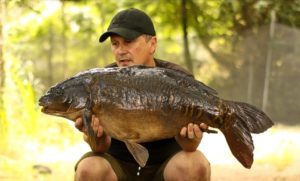 A 28lb mirror to round off the session