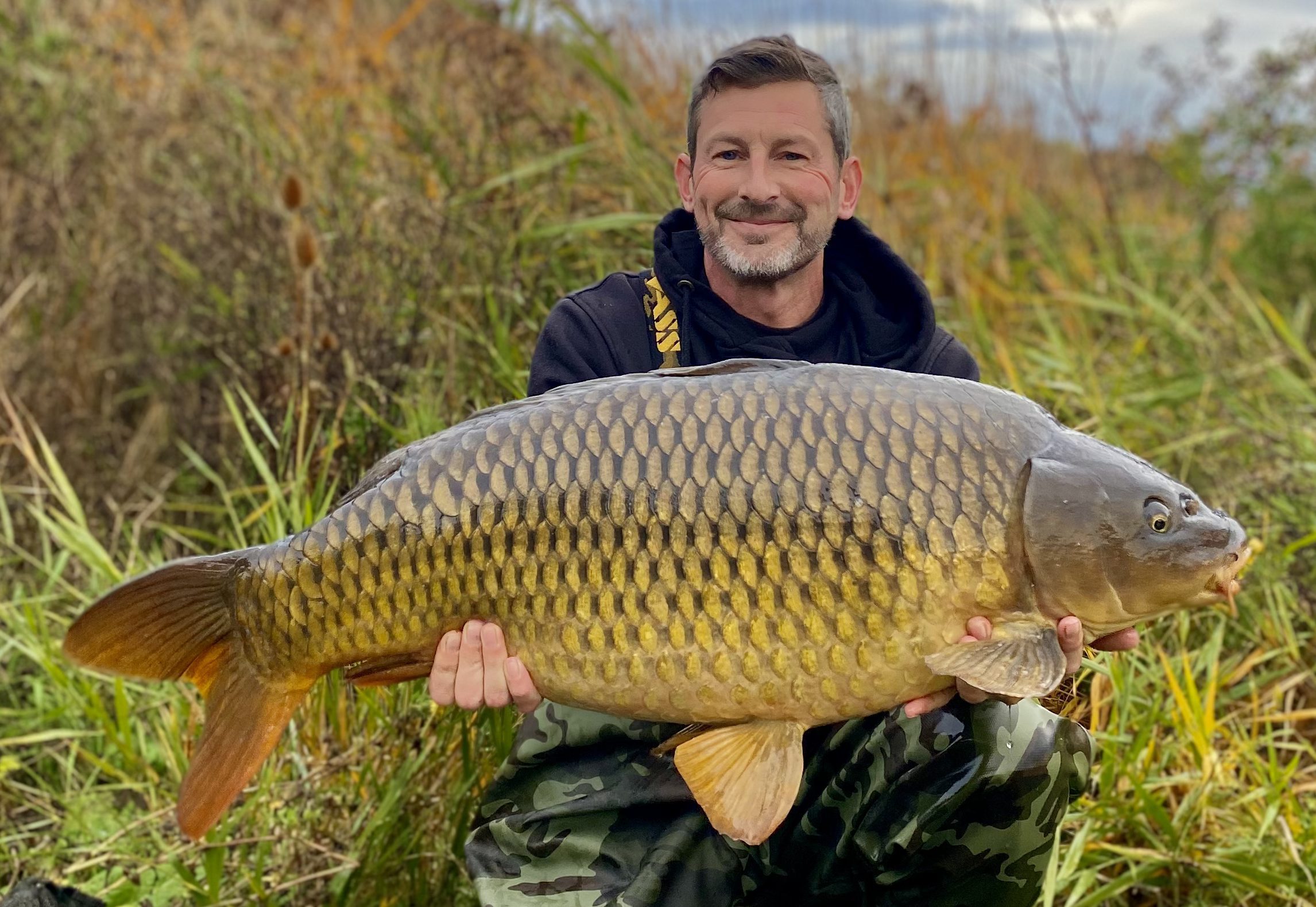 A potential washout on Lamby Lake turned into a big win for Andrew Jones the next morning, when he landed a brand-new thirty for the water, which he subsequently named after his daughter.

A night of torrential rain saw Andrew’s peg flooded, but the next morning the skies cleared and one of his rods burst into life. A tremendous battle ensued, before finally a beautiful 30lb 2oz common slid into his net.

Andrew said: “After arriving on Saturday in a window of dry weather and doing a few laps of the lake, I decided upon the middle of the lake and wasted no time in getting the bait and rods out before the rain came back.

“The night saw nothing short of biblical rain, with the bivvy flooded out at 5am, but the rods stayed quiet. However, at 9am I had an absolute screamer on the right-hand rod. As I bent into the fish, it just carried on up the lake. I then managed to turn her, but she powered down the lake and quickly started burying into the reeds a few swims down. Grabbing the net and running down to the next swim for a better angle, I slowly worked her back round the corner and slid the net under a gleaming bar of gold in the autumn sun.

“The scales revealed a weight of 30lb 2oz, a new thirty for the water, which meant I got to name her. The fish is now known as Ella’s Common after my 15-year-old daughter, who has endured many a rough night fishing with me.”

The fish gave itself up to a Pink Peril pop-up, which he fished on a Ronnie rig over a mixture of SLK dumbbells, Crayfish Mini Mix pellets and hemp, all smothered in SLK Hydro Spod Syrup and Hydro Wheat.